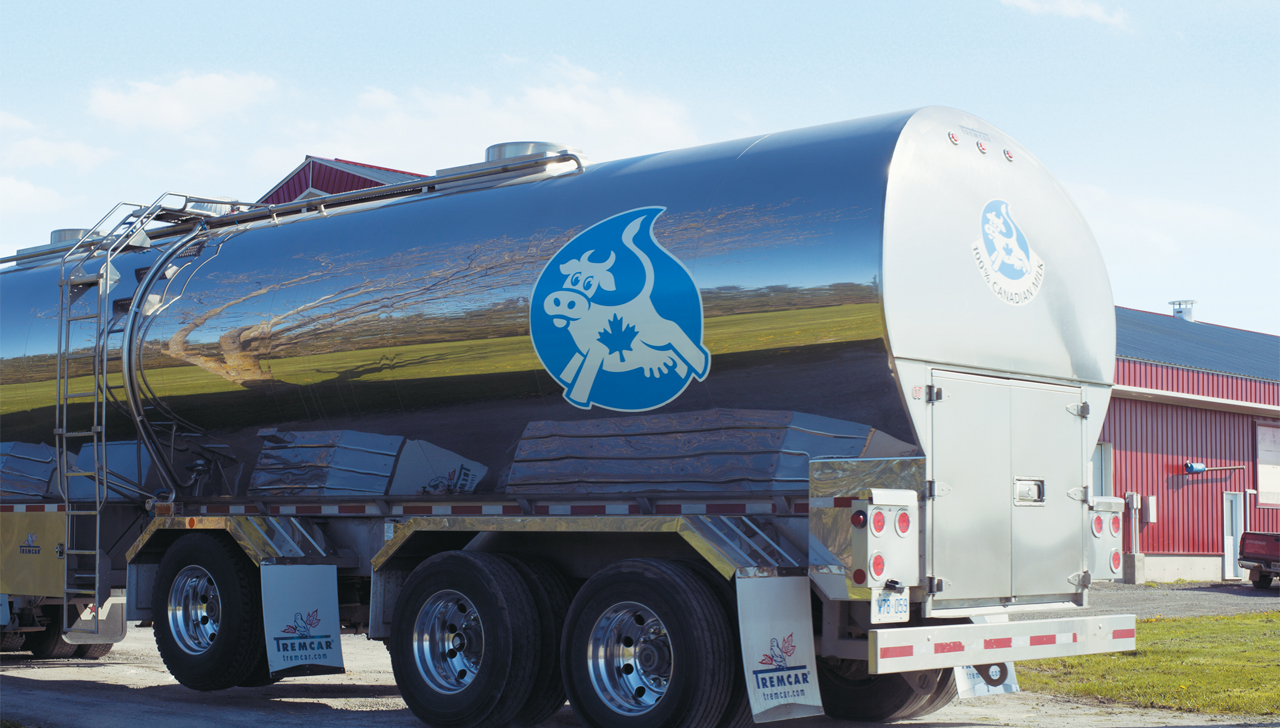 The proAction Initiative:The pursuit of excellence on the farm

Held at the Canadian Museum of Agriculture and Food, the event showcased the six proAction modules: Animal Care, Milk Quality, Food Safety, Traceability, Biosecurity and Environment. DFC President Wally Smith kicked off press conference, and was joined by two Board members who are particularly committed to this initiative, Pierre Lampron and David Wiens, who also spoke and answered questions from the audience. Partners, stakeholders and the media were also given the chance to talk to dairy farmers and experts as they toured various kiosks. They even got to meet a milk truck driver who explained the meticulous process of sampling and grading of milk quality which occurs when they pick up the milk, as well as the tests that will be performed to ensure there is no antibiotic residue before the plant processes the milk.

DFC took this opportunity to release its new proAction video, which publicly demonstrates the organization’s commitment to sustainability. The video was widely viewed on social media garnering about 4,000 views on Facebook alone, within the first three days!

On the same day as the press event, Minister Lawrence MacAulay congratulated DFC for its Canadian Quality Milk program, now known as proAction’s Food Safety module, for successfully completing the Canadian Food Inspection Agency’s Food Safety Recognition Program (FSRP). Qualification for the FSRP is assessed through an extremely thorough review process. The recognition signifies that DFC has solid infrastructure in place to manage the information related to on-farm audits conducted by validators, that the program is in line with Hazard Analysis Critical Control Point principles and that DFC offers comprehensive training for those performing the audits. DFC is the second organization, after Chicken Farmers of Canada, to achieve this recognition for its food safety program.