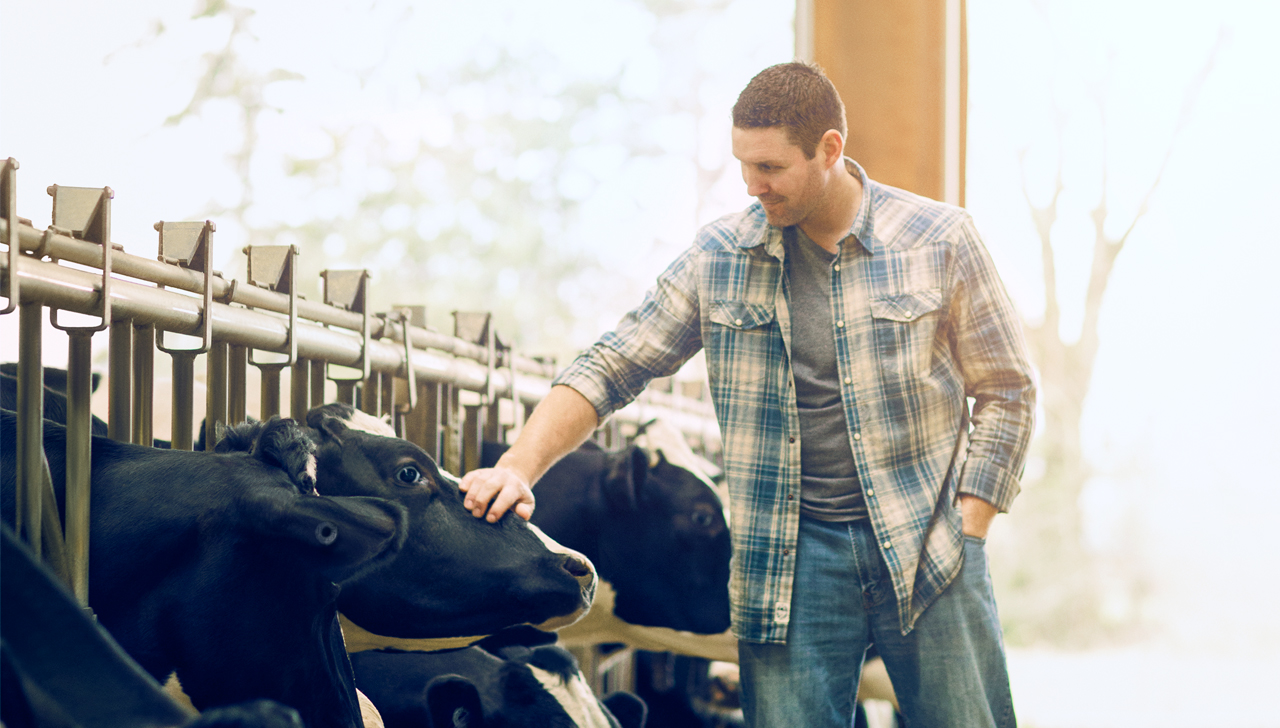 Last February, DFC reviewed the Canadian dairy farmers’ Policy Statement. Although it still includes the same broad orientations and values, many statements were removed in order to zero in on the essentials. Additionally, the shorter version of the Statement was approved by the provincial dairy organizations at the Annual Dairy Policy Conference (APC) held in February.

From February 2-5, DFC held held its APC. For many years now, it has brought together the industry’s leaders from coast to coast to discuss the issues that impact their livelihoods. This well-attended gathering also allows dairy farmers to come together to draw up their Policy Statement.

Held on the eve of the APC's kick off, Lobby Day, an important event providing dairy farmers with an opportunity to meet and discuss the issues that really matter with our leaders was a resounding success! This year, farmers from across the country participated in 131 meetings with more than 160 MPs and Senators, every one of them receiving a document highlighting the most important issues impacting our industry. Achieving success was all the more important this year given that most of us have had to acquaint ourselves with a newly elected government.

Attended by more than 500 industry stakeholders and government officials, the popular Dairy Showcase Reception, which remains a great way to lower the curtain on Lobby Day, provided the provincial organizations’ representatives with the opportunity to engage with members of the newly elected government and stakeholders. Kiosks featured the proAction Initiative, the Fuelling Women Champions movement, the Canadian Cheese Grand Prix (CCGP) and the Get Enough partnerships while guests could enjoy an array of cheeses from the CCGP winners table and appetizers created from recipes appearing on dairygoodness.ca and in the Milk Calendars of DFC and les Producteurs de lait du Québec. They were also treated to a latte bar offering them high end coffee options.

This year, the meeting was held under a new format, at the request of dairy farmers who felt they needed more time to discuss among themselves critical matters which affect their day to day operations. The increased number of closed session workshops and roundtables prompted open and frank exchanges amongst participants. Moreover, the event’s Marketing and Nutrition Forum as well as the Dairy Research Seminar that followed, helped shed additional light on these discussions.

Finally, delegates heard firsthand from Minister Lawrence MacAulay (a former and potato farmer himself) as he reiterated his government’s support in favour of the Canadian supply management system during the luncheon of the APC’s last day.

In February, Canada and the European Union announced that they had completed the legal review process and made final revisions to the English text of CETA, including changes to the investment chapter designed to strengthen provisions on the right of individual governments to regulate.

A few months ago, Minister of International Trade Chrystia Freeland stated that the deal will be signed this year and enter into force in 2017. Once fully implemented, it will allow the European Union to ship an additional 17,700 tonnes of cheese into Canada, displacing Canadian cheese from the domestic market. The access granted as a result of the Agreement amounts to losses of $95 to $116 million dollars (according to revised farm-level estimates based on milk use in cheese classes in 2015) in cheese sales annually. At the conclusion of TPP negotiations in October 2015, the previous government committed to a compensation package that would mitigate projected losses from both CETA and TPP in advance of the deals coming into force and throughout their implementation. The current government has yet to make a clear commitment to the promised compensation package.

DFC continues to seek a clear commitment from Canadian officials to the compensation package. They have stated that they will continue to discuss these issues with the sectors that could be affected by the deal, as well as with the provinces and other agricultural producers, to see how they will be impacted and what the government can do. They have indicated their desire to work with the industry so that the design of any compensation package in the future will reflect the needs and priorities of the sector.

TPP was officially signed in February 2015, in Auckland, New Zealand. The achievement of this important step has initiated its ratification process in each of its 12-member countries.

According to the agreement, the 12 signatory nations must ratify it within two years so that the agreement's implementation may proceed. Otherwise, at least six-member countries representing 85% of the Gross Domestic Product within the TPP's zone must ratify the agreement so that it can come into force in these six countries. This provision means that the United States (US) and Japan have veto power on this issue.

Given the current political context in the US and in light of the upcoming presidential race, there has been much speculation that the agreement is unlikely to be ratified under the Obama administration. Moreover, there is even greater doubt regarding the likelihood of a post-Obama administration ratification as the presidential candidates have all come out against it.

That said, Canada will continue holding public consultations on TPP through the House of Commons Standing Committee on International Trade. DFC and provincial organizations have taken this opportunity to show the government how important the mitigation and compensation package is to supply-managed industries by participating in these public consultations.

MEMBER COUNTRIES OF THE
Trans-Pacific Partnership